It is easy to become lost in Firenze’s small streets. They are so full of history! The great churches and the elegant, city centre, buildings are surrounded by venerable nooks and crannies. The restaurants overlooking the streets are sure to captivate you while your sense of smell will be drawn to the scent of typical Ribollita or Lampredotto. As you stroll around, you are likely to have the feeling of being in the biggest open air museum that one could imagine.

What with the shops and old-fashioned Botteghe, you just won’t be able to resist the pleasure of popping in. And once in town, there is a special place you should not miss. A few steps away from Ponte Vecchio, on Lungarno Acciaiuoli and overlooking the Arno, there is Botique Nadine: a small boutique in the heart of the (old) city which is run by a Florentine couple with a complete fascination for fashion, their passion. To the sound of some jazz music, between precious vintage pieces and a cozy retro atmosphere, you will find the perfect combination of the best Firme d’Epoca (vintage labels) together with the refreshing creative craftsmanship of modern vintage style. The ideal place to track down unique pieces or to get hold of the inimitable style of such big names such as Balenciaga, Chanel, Pierre Cardin, Pucci, Valentino, Ferragamo or Gucci.

And if this wasn’t enough, as you leave the Basilica of Santa Croce in Via De’Benci, there’s Modern Boutique Nadine store. Between old trunks, silk clothes and a warm parquet you can choose papers, sumptuous pins and emerging designer clothing with retro influences for men and women.

Of course, a long shopping spree deserves to be brought to a close with a good Tuscan wine and a tasty Panini, stay tuned and take note while planning your trip to the city. Dive into a unique and sophisticated experience. Rediscover the pleasure of rural craftsmanship surrounded by the vibrant and lively Firenze lifestyle.

Why not take a trip to Florencia? Have a look at our flights here! Are you only travelling with hand luggage? We can help you to get organised!

If you want to travel for less, it's best to adopt a minimalist travelling style! All you need is a small bag, backpack or cabin bag, and you'll be good to go! We'll tell you how to do it. Picking up from our activities in the previous chapter, today we continue with our monographic tour of Berlin techno. This, then, will be our second night in the city. For this purpose there is a variety of venues. In a radius of less than 200 metres there are two of the standout spots, both on the Kreuzberg intersection. Access to the first of these, Monarch, is up a staircase which doesn’t seem to lead to anywhere safe. But, after negotiating a metal door concealed on one side of the street – bingo! The venue has a fixed programme and special events, such as the XJAZZ Festival. Another of the mythical spots is La Paloma – you could pass by the door twenty times and you’d never suspect that there was any action there… and on this occasion there wasn’t. 9 p.m. is too early for this locale. We didn’t even try going to Farbfernseher as we wanted to really hit the big time!

“The best techno is still at underground rave-ups, where it’s not easy to get a look in”, remarked Ana, a designer from Madrid who lives in Berlin. With that auspicious comment we head into the Berlin night, to more exciting spots than the ones touted… Before that, we make a slip-up.

“Tresor has become the Pachá of Berlin”, wages Carlota, a Catalan who has been living in the German capital for some years. Tresor is not the best of places in Berlin – it is no longer on its original premises either – but it is an affordable piece of history. The tunnel leading down into the basement hall with its strobe lights and tedious hard techno is unlike anything else in Europe. Whatever is being played, thanks to its crew it sounds marvellous. As well, the premises are clean and they even offer deodorant and shampoo to customers who prolong their stay through the night.

After a couple of hours we realise that there aren’t any real Berliners around. You can hear more Spanish and English being spoken in the corridors than German. You also encounter a host of guiris in such places as Suicide Circus, Cassiopeia, Kit Kat and Weekend. The venues actually exploit the fact that some legendary clubs have closed down precisely because of the pressure exerted by foreigners and a process of gentrification – Kater Holzig, Golden Gateor Icon, for example. We decide to head for another iconic spot, this time with its pedigree intact – Berghain, in Rudersdorf.

The sandy forecourt leading to the earthy-coloured building rising several storeys high is imposing. Not for its size but because it smells of fear from a long way off. The stats confirm that no for an answer is the prevailing response at the door. Five pro bouncers are tasked with controlling not so the outbreak of scuffles as customer dress code (spotless black, although a couple dressed in green latex was allowed in) and the deportment of the cautious queuers (no talking in the queue, no group entry, no boy-girl couples). Martí, a Barceloner who went to Berlin on an Erasmus, has never been able to get in. Needless to say, neither were we. It’s 4 in the morning.

“Have you got an invitation?” asks a sturdy bouncer in English. We haven’t yet opened our mouths, but he already knows we are certainly not Teutons.

“No”, we reply in our half-German. The bouncer moves his head to one side, motioning towards an exit. Our visit to Berghain with its legendary label is short-lived.

What gives in the club that has made the legend grow exponentially in the last few years? “It’s their hallmark of exclusiveness which the club is careful to promote”, replies a Galician, who has also been unable to gain access. “They say there are dark rooms inside and, maybe, the best music”, adds Ana. Little is known about the interior, over and above the odd testimonial from people who have managed to get in, as the image of Berlin’s clubs is jealously guarded.

The night is taking its toll on our legs. And, to round off our whirlwind weekend, we make another mistake – we go to the best afternoon club, but in the early hours. Sisyphos has been one of Berlin’s mainstays in the last few years. It is a huge, open-air expanse on the riverside, where our eyes begin to shut. We take a taxi as our NH is on the far side of the city, and we leave mulling over our encounter with techno in Berlin. “We’ll be back!” 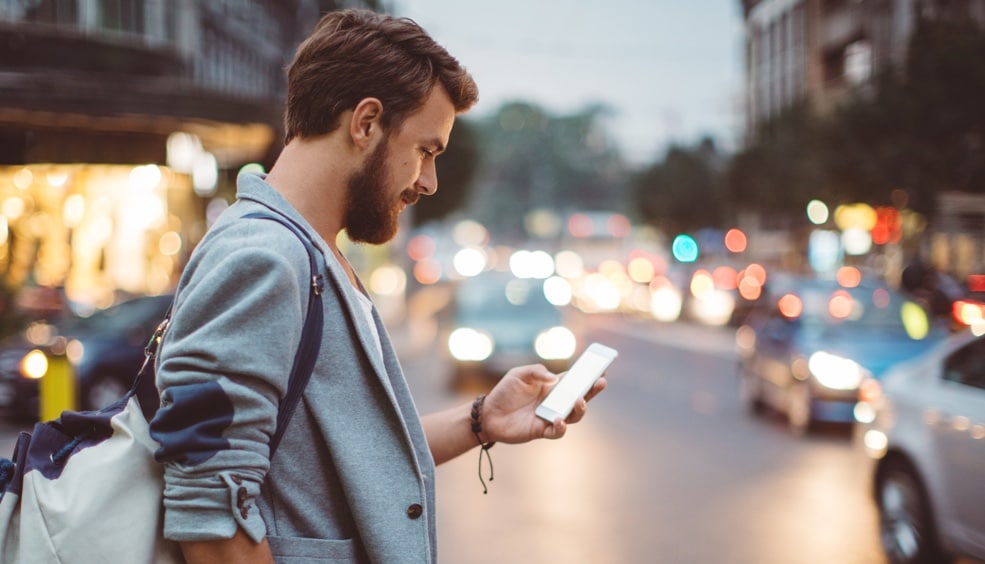 If you want to be mistaken for a local at any destination you visit, make sure you have the hottest travel apps on your phone. From Google Trips to Maps.me and Currency, we give you the low down on our favourite apps so you can bear them in mind when preparing your next trip.